okay, so i've just finished watching dr who... and while on my way back from the jcr, i had a thought - what kind of style does my ideal man have?

i don't really pay much attention to the menswear catwalks, preferring to pick up basics in menswear sales for myself (gap, urban outfitters and m&s are goldmines!!!), and not being too discerning when becoming attracted to a guy. my ex was a die hard, all black, baggy jeans wearing, metal-head... i got him into one bright orange polo shirt, and otherwise just got really frustrated with his conformity to the standard rebellious teen who likes rock and metal 'look'...

i guess so far i haven't really been exposed to guys with a sense of style in the same way many women do. it just doesn't really cross my mind, in the same way as kind eyes, strong arms, and a rather skinny build Do.

and this is now becoming a point of note in my strange brain. my latest 'date' - a.k.a. 'CbC' (cute but clueless...) - he's lovely, taking it (extreeeemely) slow, cute, and is just as stylistically clueless as my ex.

i know, for most guys, wearing the same t-shirt several days IN A ROW is not a big deal, with the same jeans, shoes, jumper etc, but i dont understand WHY?!?! CbC wears plain polos, stash (theatre production / rowing / choir / band) tops and fleeces - but there's nothing INTERESTING! and therefore, to me - nothing particularly attractive in a sartorial sense.

now i'm not dating him for his sense (or lack) of style, but i do wonder why my brain skips over the sartorial niceties when choosing who to be attracted to. i don't want to change him, but i do wonder if i can change myself. i know it's shallow, but i at least want a guy who doesn't see clothing and attitude towards style as frivolous and something to be put to one side. it's important to me; to who i am, and, though minor in the schemeof reasons, it was probably a tiny niggling thing that contributed to the whole picture of me and my ex's break-up (tiny, tiny, tiny - but reflective of our incompatibility as a couple...)

another ex of mine, is a relative cosmopolitan. this one dresses well - sleekly - in smart, mainly black, charcoal etc - as he needs to to maintain his 'image' in the world he chose to live in (he's a film producer). he gets facials (his skin is softer than mine, and kissing him was like kissing a girl his mouth was so soft... slightly creepy...) and cares about what labels are in his clothes / how shiny his shoes are / what influences he is channelling.

but that kind of self-conscious, media - world vanity in a man, i find unnattractive. so where is my happy medium? 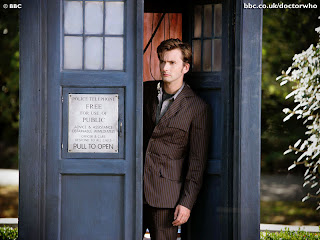 in all honesty, i love the unself-conscious, but damn cute brown with blue pinstripe suit, the converse, coloured shirts, unobtrusive but interesting ties, the big coats... all of it screams a guy who knows who he is, and has a style identity he is comfortable with. he doesn't have to try too hard, but just IS. i know it's silly, but 'the doctor' is HUGELY intelligent too, gorgeous etc etc... why can't i find a guy like this! (okay, without the alien bit hehe)

it's the smart-but comfy, slightly public school, but with an edge, a sense of humour, that i know i find attractive, but just can't seem to find... so i settle. as its not REALLY that important how a guy dresses... right?

in all honesty, the best dressed guys I know are not all gay. some are.

my friend 'M' manages to carry of some out there stuff, mainly because he is S-K-I-N-N-Y... as in, Seriously so... and he knows how to dress for his frame. being gay means he has more freedom i guess, to wear things like v neck tees, stripy jeans, skinny scarves...

but my male style icon, is my best friend, 'Dodo', we shall call him. totally straight, skinny, but built, blonde and slightly awkward. he grew up with academic parents at oxford and has a lot of female influences in his life, after his dad passed away. he knows how to sew, and find a bargain. and while he is a bit of a spend-thrift, buys interesting, good quality stuff, that really suits him and his personality. this boy wears no jeans, instead - cords, and suit-type trousers with shirts and jumpers. he uses colour, and wears everything with confidence. he has a lot of formal wear, but even in that, always looks slightly dishevelled. he wears vintage military coats, denim bomber jackets and silk scarves... not too dandyish, no trace of emo, and not particularly preppy... just him. if there was any sex-spark between us, he'd be the perfect boyfriend hehe. i love his style, cos its so distinctly Him. 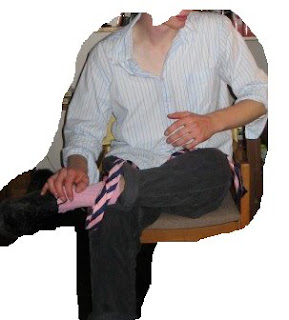 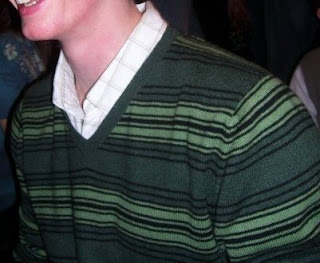 here endeth the lesson ;-D
Posted by Cassiopeia at 20:39 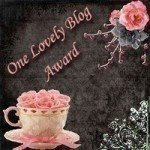